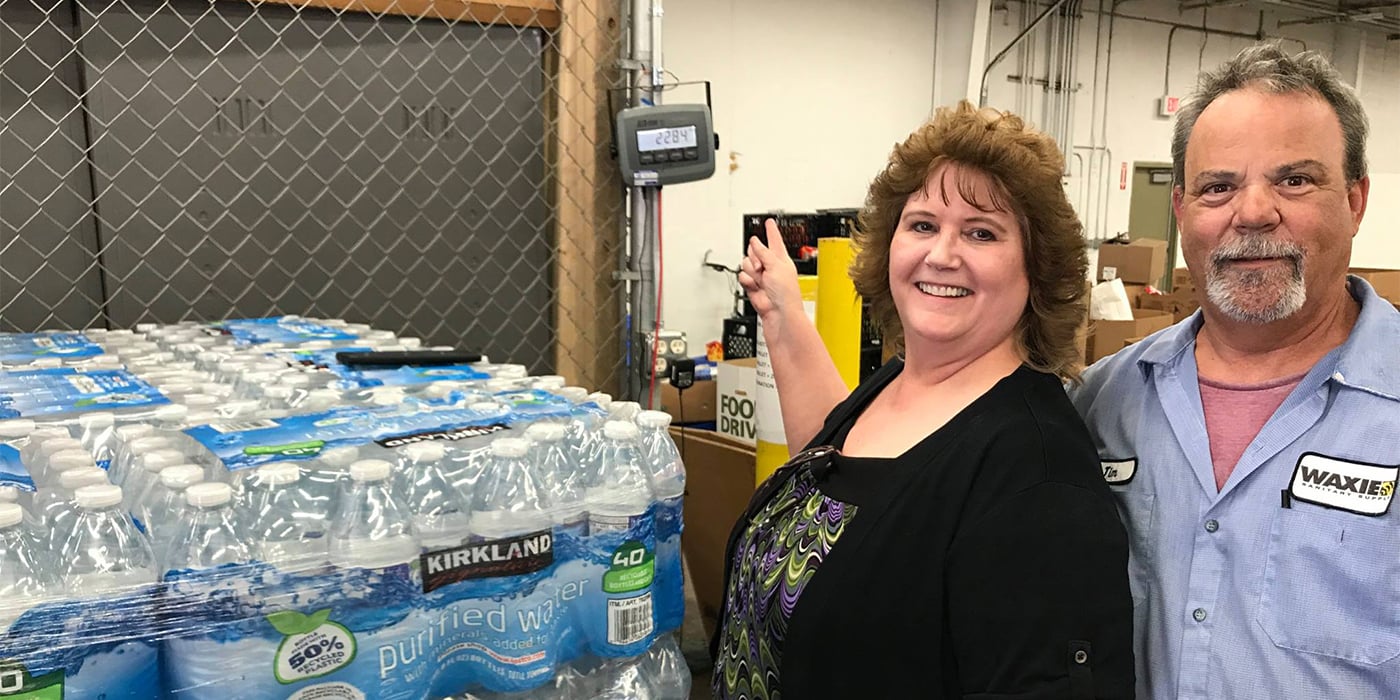 It is with great sadness that we announce the recent passing of Melissa Fortin, HR Administrator for WAXIE Sanitary Supply’s branches in Mesa and Tucson, Arizona from cancer.

Melissa grew up in Grand Forks, North Dakota across the Red River from Minnesota that she fondly remembered as being a “small enough town to make it cozy but large enough to not be boring.” During her senior year of high school there was a major flood which closed down the schools and everyone contributed in filling sandbags to save the town. This attitude of pitching in whenever and wherever it was needed was ingrained in Melissa and became part of her tireless work ethic. 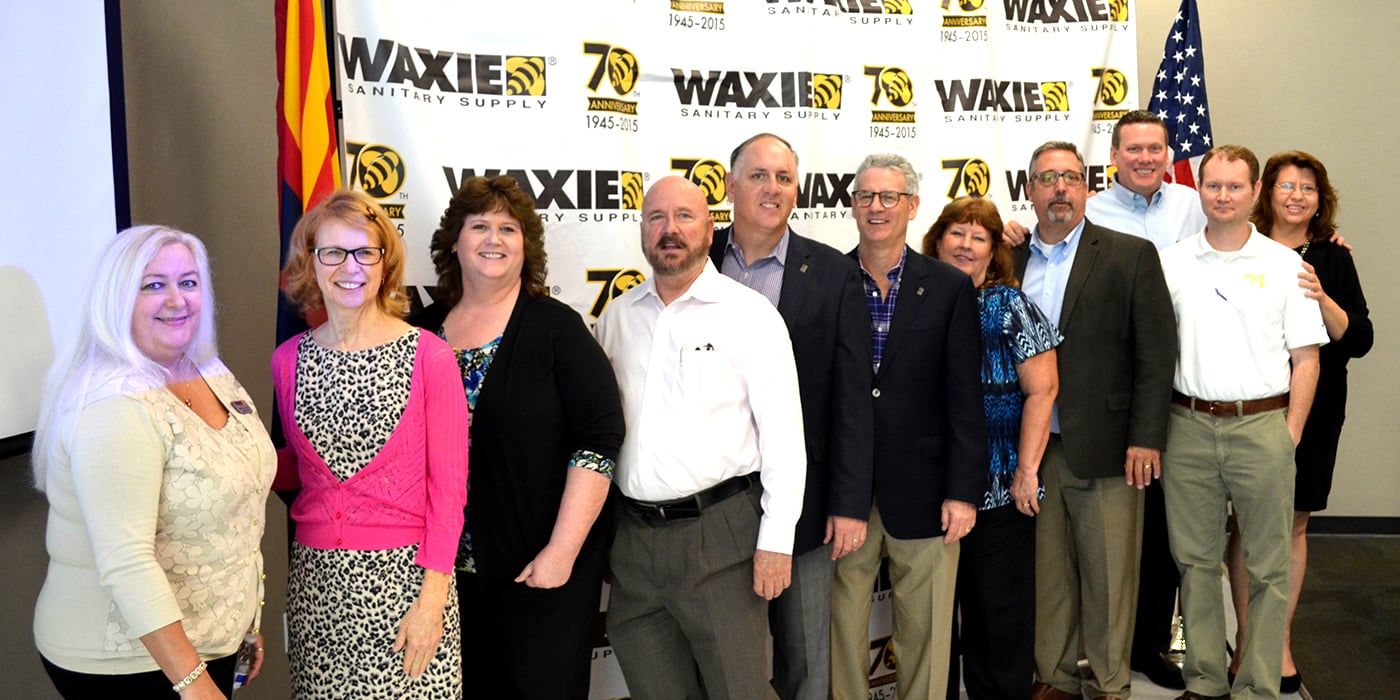 Bob Gattis, current Vice President/General Manager of WAXIE Ontario, remembers that hiring Melissa was “A huge win for the (then) Tempe Branch and WAXIE overall. Along with her years of experience in the HR field, she also brought a very steady influence to the branch that was experiencing turnover rates that were some of the highest in the company at that time. Melissa was a big part of the solution in getting that turned around.”

Team building was important to Melissa and she spent time ensuring that coworkers were recognized for their efforts throughout the year by promoting internal activities and appreciation events, as well as spearheading numerous community outreach campaigns including food drives, meal services and participating in the Empty Bowls Project benefiting local charities.

“Melissa was as dedicated an employee as you could find. She was passionate about making sure every employee understood their benefits and what she could do to help them. She cared about the community and was heavily involved in our local fundraising and community support for the needy. Melissa had two major focuses in her life: The first was her boys Nick and Jack, and the other was WAXIE. Boy, did she love WAXIE!” recalled Eric Frei, Vice President/General Manager of Arizona Operations. 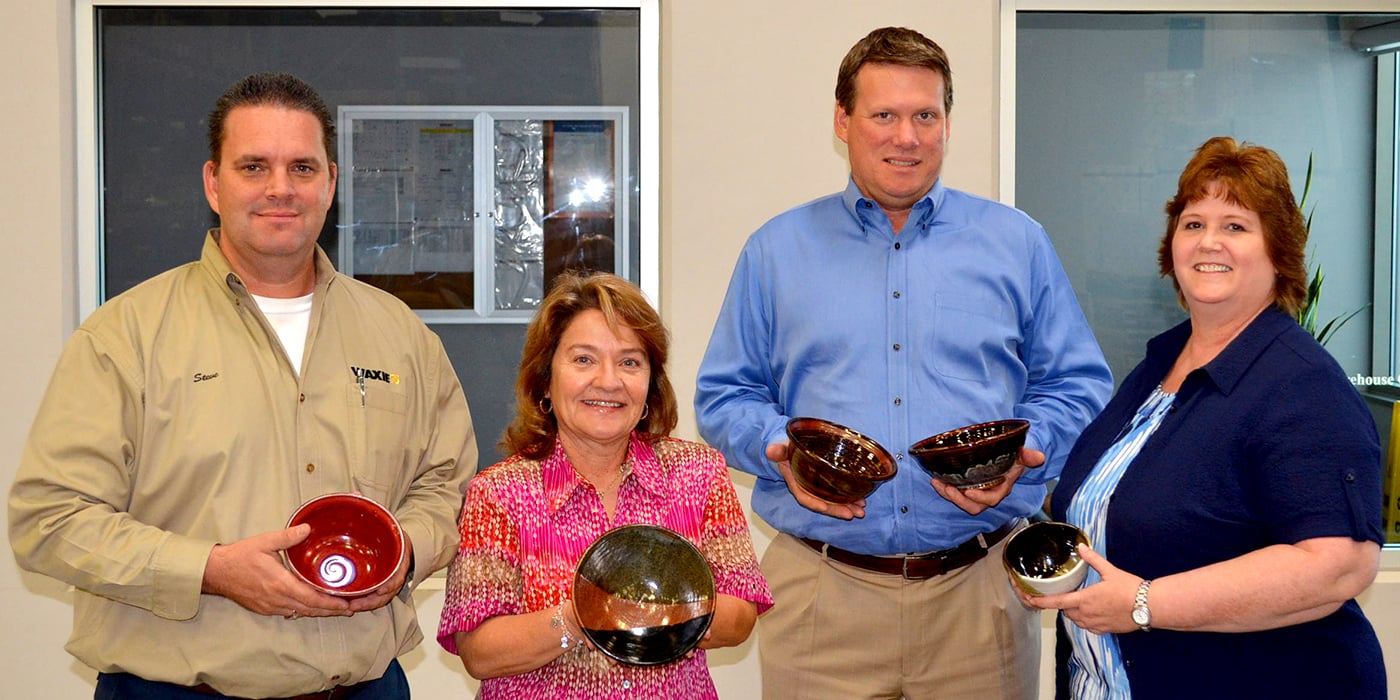 While at WAXIE, Melissa was known as a champion for Making Strides Against Breast Cancer and was the ‘Team WAXIE’ Captain for the Arizona branch. She organized many fundraisers and was always open to sharing ideas, guidance and advice with new team members throughout WAXIE.

One of her favorite events that she held annually was the “Purse for a Cause” fundraiser for the American Cancer Society. Melissa would find a designer purse (or wallet) at a good price or as a donation, and then sell raffle tickets. She would then promote it by reminding everyone (coworkers, vendor partners and customers) that it was a perfect Mother’s Day, Father’s Day, birthday, anniversary, etc. gift to pull in more interest.

April Diaz, Director of Human Resources for WAXIE stated that “Melissa was the epitome of the open-door policy and employees and managers went to her with their personal and professional problems. She celebrated their accomplishments and listened during the hard times. She was a fighter and had an innate determination to succeed.” 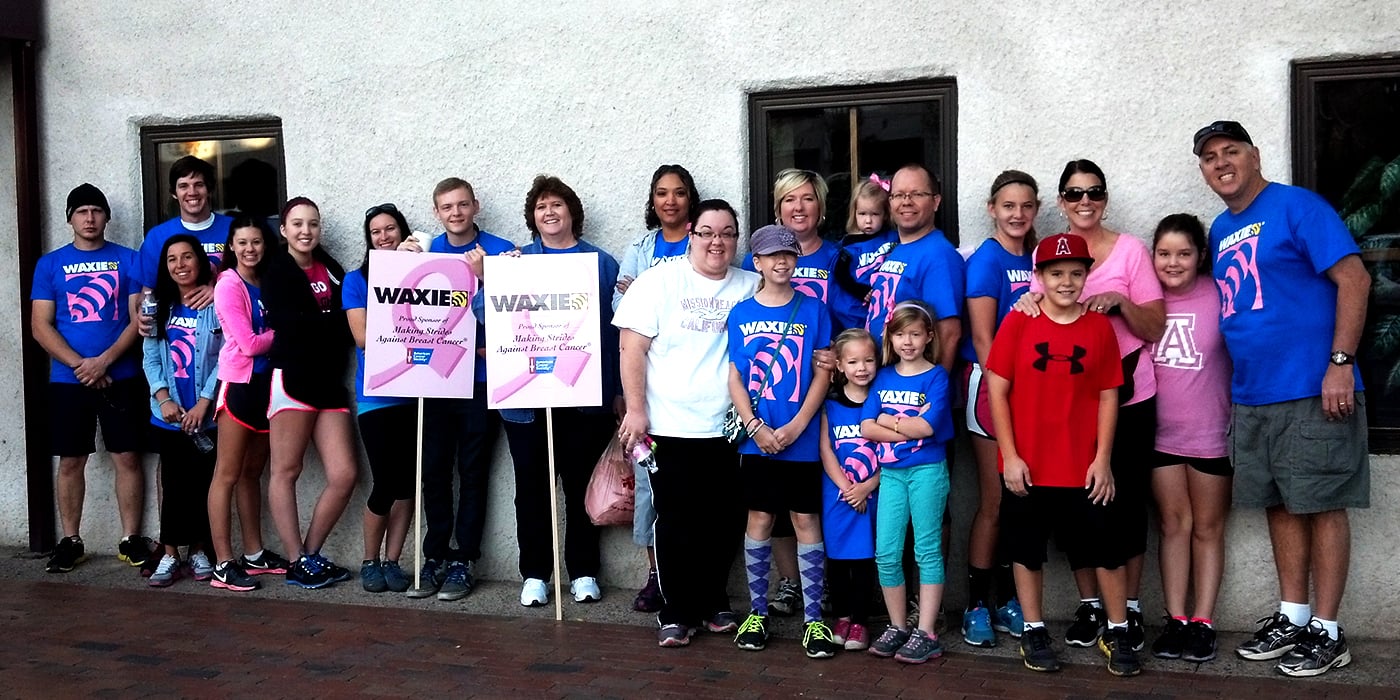 Melissa was an integral part of the everyday operations of the branch whether serving as Safety Coordinator or stepping in to help coordinate various projects as needed. “Melissa was such a great resource to me, her amazing organizational skills and understanding of our processes kept me on track and on time many times,” expressed Lori Kirby, Sales Manager for WAXIE Mesa.

“If there was only one word that I could use to describe Melissa, it would be “caring.” She truly cared about the employees and their well-being. Melissa will be truly missed but not forgotten, as she impacted so many lives both inside and outside WAXIE,” stated Bob Gattis.

Outside of WAXIE she was known by all as a devoted daughter, mother and grandmother, a huge Chicago Blackhawks fan, and an avid animal lover. She had an affinity for the state of Maine, where she often visited her son Nicholaus and his family and was a connoisseur of the iconic Maine whoopie pie. Bailey Island was her favorite spot in the world and rain or shine, she would make the trip.

Melissa is survived by her mother, Marlene Barton of Mesa, AZ, her son Nicholaus Fortin, his wife Stacy, their daughter Isabella, and soon-to-be born Madilynn of Buckfield, Maine, and her son Jack Fortin of Mesa, Arizona.