Are your business energy costs getting out of hand? 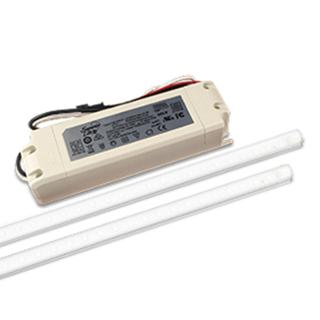 With constantly increasing electric bills, lighting can often be a costly item to your company. High wattage lighting is not only expensive, but maintaining burnt out lights can add to your cost of operation. The effect of a poorly lit area can also be the reason for reduced productivity, absenteeism, headaches and even reduced safety. If you are looking for ways to cut your energy costs, one of the fastest ways is to upgrade to energy-efficient lighting. One type that holds particular promise is LED bulbs -- they are six to seven times more energy efficient than conventional incandescent lights, cut energy use by more than 80 percent and can last more than 25 times longer.

Light your business using the same amount of light for less money.  Switching to energy-efficient lighting is one of the fastest ways to cut your energy bills. By replacing your business’ most frequently used light fixtures or bulbs with models that have earned the ENERGY STAR, you can achieve significant savings each year. New Lighting standards took effect in 2012, and money-saving options such as LED lightbulbs are available today. For high-quality products with the greatest energy savings, choose bulbs that have earned the ENERGY STAR.

Lighting is not just a commodity product any longer – in recent years technology has advanced and is now an investment. And like any investment you should expect a return.

Our team is an industry leader in assisting specifications of the most technically correct solutions. WAXIE’s longstanding reputation will provide you with the confidence that you should expect, when ordering lamps, ballasts, fixtures and especially new LED products.

We have an assortment of state-of-the-art products offered at discount prices. LED lamps and fixtures have life ratings up to 100,000 hours. Many of our customers are saving 70% or more on their lighting costs through LED conversions with remarkable results. We can also assist you with available utility rebates to help improve positive net cash flow and a return on investment for your lighting projects.

1. A light-emitting diode, or LED, is a type of solid-state lighting that uses a semiconductor to convert electricity into light. Today’s LED bulbs can be six-seven times more energy efficient than conventional incandescent lights and cut energy use by more than 80 percent.

2. Good-quality LED bulbs can have a useful life of 25,000 hours or more -- meaning they can last more than 25 times longer than traditional light bulbs. That is a life of more than three years if run 24 hours a day, seven days a week.

3. Unlike incandescent bulbs -- which release 90 percent of their energy as heat -- LEDs use energy far more efficiently with little wasted heat.

4. From traffic lights and vehicle brake lights to TVs and display cases, LEDs are used in a wide range of applications because of their unique characteristics, which include compact size, ease of maintenance, resistance to breakage, and the ability to focus the light in a single direction instead of having it go every which way.

5. LEDs contain no mercury, and a recent Energy Department Study determined that LEDs have a much smaller environmental impact than incandescent bulbs. They also have an edge over compact fluorescent lights (CFLs) that’s expected to grow over the next few years as LED technology continues its steady improvement.

6. Since the Energy Department started funding solid-state lighting R&D in 2000, these projects have received 58 patents. Some of the most successful projects include developing new ways to use materials, extract more light, and solve the underlying technical challenges.

7. The first visible-spectrum LED was invented by Nick Holonyak, Jr., while working for GE in 1962. Since then, the technology has rapidly advanced and costs have dropped tremendously, making LEDs a viable lighting solution. Between 2011 and 2012, global sales of LED replacement bulbs increased by 22 percent while the cost of a 60-watt equivalent LED bulb fell by nearly 40 percent. By 2030, it's estimated that LEDs will account for 75 percent of all lighting sales.

8. In 2012, about 49 million LEDs were installed in the U.S. -- saving about $675 million in annual energy costs. Switching entirely to LED lights over the next two decades could save the U.S. $250 billion in energy costs, reduce electricity consumption for lighting by nearly 50 percent and avoid 1,800 million metric tons of
carbon emissions.

Learn More About LED Lighting and How You Can Save Money