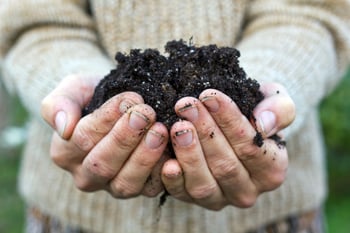 The University of Alberta is a Top Five Canadian university and one of the Top 100 in the world. It is also an extremely “green” university committed to a continuous effort to instill sustainability into university life. Its goal is “to expand waste reduction initiatives across all campuses and increase the amount of waste diverted from the University of Alberta’s North Campus to 50 percent by 2015.”

Reaching this threshold requires out-of-the-box thinking and finding new and better ways to divert waste from landfills. For the University of Alberta one solution was to pilot the collection of paper towels used to dry hands for composting.

In 2005, The University of Alberta hired a consultant to evaluate its waste streams. A waste audit was conducted and the results revealed that organic waste made up almost half of all the waste produced on campus, so a composting program was an obvious next step. It began in 2008 and initially focused on collecting pre-consumer organic waste from the kitchens of two major campus dining facilities (Students’ Union Building and Lister Centre) as well as waste from landscaping. The effort was then expanded to all commercial food service locations on campus.

In 2010, the project grew to include the Graduate Residence in East Campus Village and in 2011 it was further expanded to include a new pilot office-based post-consumer composting program: the staff-occupied, top three floors of the newly opened Edmonton Clinic Health Academy, which has organic waste disposal bins in its communal kitchen areas. In 2012 the fourth floor of the General Services Building rolled out its own office-based post-consumer composting program.

To further divert organics for composting, the University also is piloting a specific washroom paper towel collection program on the fourth floor of the General Services Building. While paper towel waste is acceptable in all organics collections bins, this has been a first for collecting washroom paper towel waste for composting. The towels are SCOTT® Brand 1000’ high-capacity roll towels. The highly absorbent towels contain 60 percent recycled content and 40 percent post consumer waste. 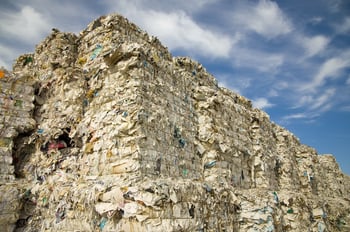 “It’s going great,” said Jessie Kwasny, waste diversion and recycling coordinator for the university, whose office is in the General Services Building where the test is taking place. “On our floor alone, which has about 117 employees, we fill two 65 gallon bins a week with organic waste. At least 50 percent of that waste is paper towels.”

Kwasny said that the initial hurdle is “getting people to understand that the towels are organic and, of course, compostable. Then they say: ‘Oh, that’s great!’ ” The hand towels also have turned out to be a valuable addition to the compost itself because they absorb wetness, supply carbon and act as a bulking agent.

Initially, there were concerns that contaminants would wind up in the organics bins, so small garbage bins were added. “A stray piece of gum or a lint roller sheet would sometimes be found in the garbage bins but otherwise the bins would be empty. This proved that, in an office setting, one bin for collecting paper towel waste for composting in the washrooms is viable,” Kwasny said. “It’s a matter of education and clearly marking collecting bins.”

As for the future of the hand towel composting program, Kwasny hopes it will be expanded to other washrooms throughout campus. “We’re working on more efficient ways to collect organics on campus. This is volume that we could be composting instead of disposing,” she added.

For more information about the University of Alberta’s waste diversion initiatives, visit http://www.facilities.ualberta.ca/en/Operations_Maintenance/BGS/Recycling.aspx.

Download the US Composting Council Factsheet: The Benefits of Including Paper in Composting