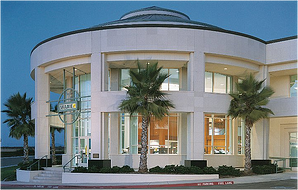 SAN DIEGO, CA - An unprecedented power outage in San Diego county, the first of this magnitude, left 1.4 million customers without the use of electricity after a transmission line from Arizona to San Diego failed yesterday (9/8/2011) at 3:38 pm, but there was at least one customer in the county of over 3 million people who refused to be powerless during this crisis – WAXIE Sanitary Supply.

San Diego, CA is headquarters to the nation’s largest family-owned sanitary supply distributor who have called the area home for over 65 years. “The products we distribute are vital to providing a safe, clean and healthy environment for away from home locations,” says Charles Wax, President of WAXIE Sanitary Supply. “We have a huge community responsibility to make sure we remain open during a crisis.”

The heartbeat of the company, San Diego houses WAXIE’s sophisticated computer system and family of servers that control every aspect of running 20 locations in  9 western U.S. states where over 800 employees collectively service over 25 thousand WAXIE customers; many of them schools, hospitals, municipalities, office buildings, and other public and private businesses.

“After the 2007 fires, we made a significant investment in a back-up system in the event something like that happened again in San Diego… I think we just experienced another disaster,” remarks Harry Babb, VP Corporate Operations for WAXIE - referring to San Diego County’s power outage. “What we did was put a duplicate system in one of our other inventory centers that runs about a minute behind the live environment and is mirroring everything that is happening on the main unit. When disaster strikes, we ‘fail over’ to the back-up system which takes over for the main. This allows us the ability to conduct business as if nothing ever happened,” says Babb. “The beauty of it was that our folks in Seattle or Salt Lake City never even knew we had a power outage, but most importantly, we were able to service our customers uninterrupted,” states Harry.

Charles Wax gives credit to his team of professionals whose commitment, expertise, and above and beyond attitude got WAXIE through another crisis situation and made sure WAXIE’s customers would get their much needed supplies. “I’m just so proud of the team and the leadership shown by these folks, it’s times like these that a person’s character is revealed, and without exception, this is truly a team of champions,” says Charles. “Our customers can be sure that WAXIE will always be there for them, even during a historical power outage.”