America Recycles Day – A Day to Think About Recycling 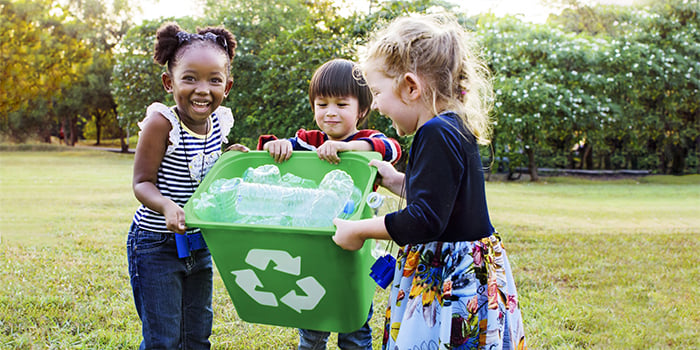 Each year since 1997, the Keep America Beautiful organization has celebrated November 15 as “America Recycles Day”.

What is America Recycles Day?

It is a day dedicated to promoting recycling – a day focused on educating and motivating people to divert more waste from the landfills – and a day to ask people to strive to make their recycling efforts bigger and better for all the other days of the year.

Recycling – A Look Back

Recycling isn’t a new idea – as a matter of fact, people have been recycling for as long as history has been recorded. However, our ancestors didn’t look at recycling, reducing, repairing or reusing as a choice – it was an economic necessity!

Beginning in the 20th century, recycling of scraps to support the country’s efforts in World Wars I and II, as well as to help citizens subsist during the Great Depression, led to spikes in waste diversion.

Then a post-war surge of improved economic conditions for American citizens throughout the 1950's and 1960's resulted in rising incomes and a comparative abundance of affordable mass-produced goods. This rise in easily available products and consumption-driven activities led to higher living standards, but it also led to an increased tendency for people to discard and replace items more readily, as opposed to reusing, repairing or recycling them. As a result, recycling rates hit rock bottom.

A heightened awareness of the impact that our collective activities have on the environment (1970's) combined with the realization of that there is an increasing shortage of available landfill space in our urban areas (1980's) highlighted the need for everyone to increase diversion rates.

And that brings us to today. As a result of more focused efforts to recycle since the 1970's, diversion rates have steadily climbed. And thanks to everyone’s participation, there are real and significant accomplishments which can be celebrated. Yea us!

But even with these gains, we can do better!

What does the future hold for recycling?
Two words: Zero Waste.

What does Zero Waste mean?

According to the Zero Waste International Alliance, “Zero Waste is a goal that is ethical, economical, efficient and visionary, to guide people in changing their lifestyles and practices to emulate sustainable natural cycles, where all discarded materials are designed to become resources for others to use. Zero Waste means designing and managing products and processes to systematically avoid and eliminate the volume and toxicity of waste and materials, conserve and recover all resources, and not burn or bury them. Implementing Zero Waste will eliminate all discharges to land, water or air that are a threat to planetary, human, animal or plant health.”

In short, zero waste is a philosophy which looks at the complete life cycle of a product, so that it is designed in such a way that it can be manufactured and then used, reused, repurposed and/or recycled, and then never be sent to be discarded in a landfill or incinerator.

Several municipalities and universities have stated zero waste goals – examples close to home include City and County of San Francisco and UC San Diego, but there are many others.

Striving for zero waste is a laudable goal – but how will it be accomplished?

While there isn’t a definitive game plan for accomplishing the goal of zero waste, most observers agree that composting needs to play a role.

Composting is frequently described as “nature’s way of recycling”, and is a biological way of breaking up organic matter such as food waste, coffee grounds, landscape waste, and paper (among others) into a useful soil amendment.

The EPA encourages composting as a way to divert waste from the landfill, and describes composting as “collecting organic waste, such as food scraps and yard trimmings, and storing in under conditions designed to help it break down naturally. This resulting compost can then be used as a fertilizer.”

All organic matter will decompose naturally – if given enough time.  Nature has been generating compost from time immemorial, but without the right balance and mixture of conditions, this process can end up taking a very long time, and may or may not end up producing a byproduct which is particularly useful.

Over the years, humans have figured out the best formula for producing optimal conditions for composting to occur – by combining the right mix of compostable organic matter, microorganisms, temperature, air, water, location and time, the process can be almost be described as “managing the team of decomposers.”

The EPA states that “organic materials continue to be the largest component of municipal solid waste”, and it is estimated that yard trimmings and food waste account for over 28% of the waste that is generated each year. 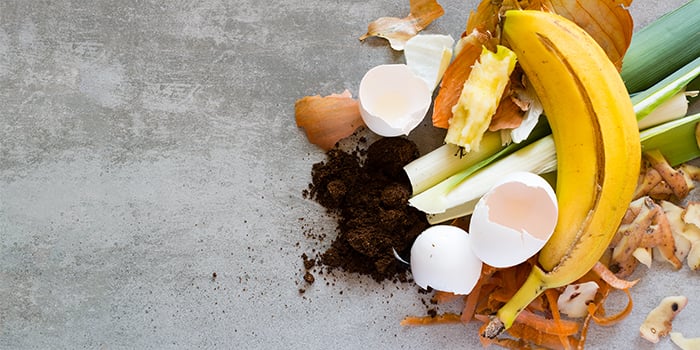 Keep these thoughts in mind on this America Recycles Day – and check out the links below for links to articles and resources which you may find helpful or interesting (and hopefully both)- thanks for reading!

Keith Schneringer is WAXIE’s Director of Channel Marketing + Sustainability. He is a LEED AP O+M and CIMS-GB ISSA Certification Expert who has been a consultant on a variety of LEED and CIMS-GB projects, and has presented to audiences at USGBC, BOMA, IFMA and CHESC events (among others). He enjoys learning and sharing information on topics related to sustainability and green cleaning and can be found on Twitter @kschneringer.

READ MORE:
The Urban Quest for Zero Waste
Composting in a City – Are You Kidding?
Beyond Recycling: The Future of Waste
A World Without Waste
How To Establish a Recycling and Composting Program
Initiate a Recycling Program