Last week's Equipment 500 Seminar & Trade Show in WAXIE Ontario was a huge success with over 300 attendees! The check-in line was already long before the official start of the event, but as attendees arrived at Pit Road they received a card with a list of the vendor booths. Once they visited all the booths, as indicated with a mark from the vendor, they could then submit the card for the raffle held at the end of the event.

Upon entering the event, the racing theme could be seen throughout from the checkered flag tablecloths to the actual racing vehicles of Bobby D #17 Super Late Car and Kenny #17 Craftsman Truck who race out of Irwindale, CA. A video depicting the early days of racing played on a loop on the wall directly above the racing vehicles. And let's not forget to mention the lifesize cardboard cutouts of several wellknown NASCAR drivers like Dale Earnhardt Jr., Greg Biffle, Danica Patrick, and others that were placed around the event. They even had a NASCAR themed remote controled race car circuit track.

Also prominently on display was the new WAXIE-Green Cleaning Kit with the four ready-to-use cleaning products & matching color-coded microfiber cloths! Can you tell how excited we are about them?!

The event was fairly easy to navigate as all of the booths were along the outside borders of the trade show area with tables placed in the center with more than enough room in between the tables and booths to move around others when needed. All the booths had attendees clustered around them as vendors were able to showcase & demo their products, especially the equipment. Extra room was given at the back for larger pieces of equipment to maneuver.

The best part of the event was seeing customers try out some of the products & machines before and after the jam-packed seminars by Anderson Repair {Proper Equipment Maintenance} and WAXIE Education {WAXIE Apps and Online Learning}.

We received lots positive feedback from customers & vendors about the Equipment 500. Connie from PAMS Inc. told us, "This trade show was the best I’ve attended at any WAXIE location. What I believe made it a success was the work put into the event prior and during. The interest on the EZ Snap/Value Rotary had great reviews." She also mentioned how nice it was able to talk to both Charles & David Wax about several new products at her booth. Charles & David were in attendance for the announcement of WAXIE Ontario's new Vice President and General Manager, Bob Gattis delivered earlier in the day before the Equipment 500. 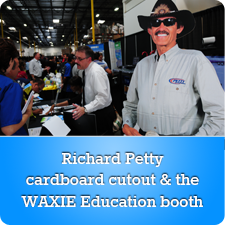 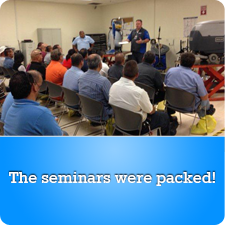 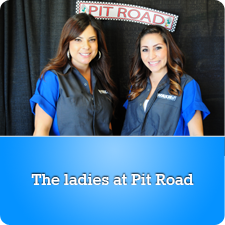 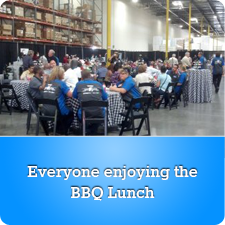 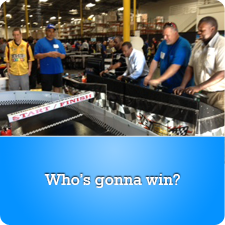 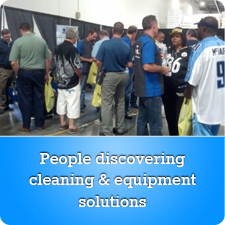 Did you attend the event or have any questions about any of the products? Let us know in the comments below or call us at (800) 995-4466.