The reality is that batteries do wear out over time. Replacing a battery for a single dispenser every once in a while doesn’t seem like that much of a burden. But if a facility has hundreds or even thousands of dispensers, it can become time consuming and costly to change every single battery out when needed.

Even though the benefits of a no-touch dispensing system outweigh the hassles for most facility decision makers, when you factor in the replacement time, battery cost and battery disposal it does make you wonder if there could be a better way. 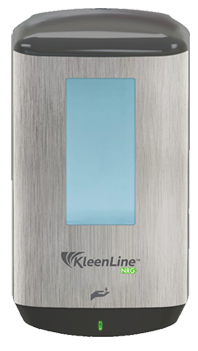 The Next Step in No-Touch Technology

What Does “Battery-On-The-Refill” Technology Mean?

In other words, the KleenLine™ NRG™ No-Touch Foam Handwash Dispensing System eliminates the hassle of either proactively or reactively changing out dispenser batteries by combining this activity with one your staff is already doing – replacing empty refills.

In addition, backup power inside the dispenser provides added assurance that the soap dispenser will continue to perform at a high level over time, even with extreme high frequency usage. Once the refill is empty, the PET bottle and refill components are easy to disassemble and recycle – including the battery!

* This 68% reduction in battery waste is based on battery weight at a usage rate of three refills per dispenser per year, with savings calculated based on a 6-year dispenser lifetime. 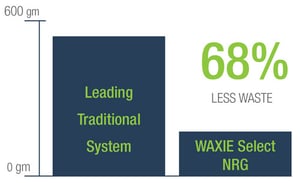